Tewes Tolkin and Türkensteuer in 1540 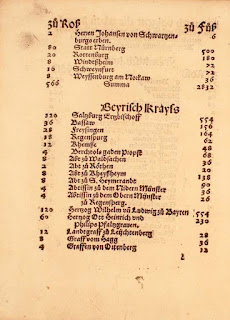 Türkensteuer means 'Tax against Turks'. It was general wealth and income tax in the sixteenth century in German Empire. It was imposed to raise funds for defense of this part of Europe against the "infidel Turks" who were great danger in sixteen and seventeen centuries. In many places the tax registers of Türkensteuer are the only available citizens' records from this period. What is important the only Tolkien-like names in these documents occur in East Prussia, not in Saxony and other parts of German-speaking world in fifteenth century (see document for Saxony from 1521 and 1532). For this part of Europe which is interesting for us because of the Tolkien family ancestry, Türkensteuer for 1540 is indispensible. My colleague Patrick Plew from Germany has checked that the only Tolkien-like names in this documents are:

Legitten is another small village in East Prussia. It's name today is Pobiedino Kaliningrad Oblast, Russia. The first Tolkien-place close to Koenigsberg in sixteenth century! 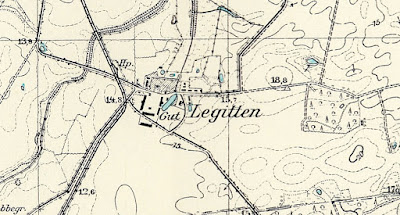