After my last two visits in Geheimes Staatsarchiv Preußischer Kulturbesitz in Berlin-Dahlem some important conceptions changed in my research of the Tolkien ancestry. 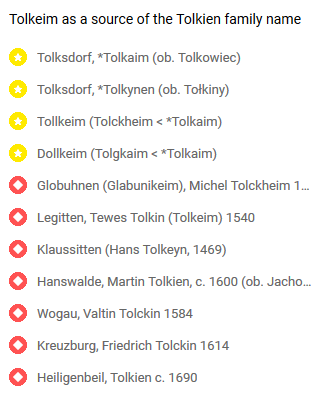 Finally I have changed the conception of the etymology of the Tolkien family name which now appears to come from the place name Tolkeim (< Old Prussian *Talk-kāims, 'a village of a tolk/Tolk or interpreter') in Prussian Niederland (near Preußisch Eylau). And I have found the earliest records concerning the ancestors of J. R. R. Tolkien who ultimately were not the noble knights imigrating to Prussia from Saxony, but who actually were native Prussians from the tribe of Natangians (< Baltic *Nāt-angā) living in the villages between Kreuzburg, Zinten and Heiligenbeil (today in Kaliningrad Oblast belonging to Russia after the Second World War).


[and now it would be really interesting to know to which Y-DNA haplogroup the male descendants of J. R. R. Tolkien belong, including the research of the SNP. If any member of the Tolkien family would like to make such investigation, I can even pay for it; I know a very good specialist in the field of the genetic genealogy, Dr. Łukasz Lubicz Łapinski]

What is important for me, the same conclusion was announced by Dr Christel Stolz in her lecture in Bremen in 2009 and in her article "Tolkien - Rätsel um einen Familiennamen" in Flammifer #52 (1/2015, Deutsche Tolkien Gesellschaft), p. 45-48 (where she also wrote about my parallel and independent research; I have found out about her lecture and text only in November 2019!).

The earliest example of a known klein frei (small free, meaning small grounds and free legal status) with this family name is Hans Tolkeyn from 1469 [Ostpr. Fol. 116/459] who had to leave his goods in a village Klaussitten (near Zinten, 7 km from Globuhnen, where attested ancestors of J. R. R. Tolkien lived from the 16th c.).

In 1584 Valtin Tolckin (probably from Wogau) wrote (probably with his own hand!) a complaint against his junker (the junkers were landed nobility in Prussia) [XX. HA Adelsarchiv Kalckstein, 528 Bd. 1, s. 72R]:

The verified, attested and confirmed ancestors of J. R. R. Tolkien lived since the 16th c. in a Prussian village of Globunen (its Old Prussian name attested in the 16th c. was Glabunikaim) and migrated from there to two towns, Kreuzburg and Heiligenbeil in the 17th c. They were Prussian mayors/administrators of Globuhnen (according to the Prussan Law, and from the 17th century according to the Culm Law). They inherited their priviledge from Paul "Katten Tochter Mann" (which probably means 'Paul, Katte's son-in-law') who became first adminstrator of Globuhnen in 1514 (see XX. GHS Amt Brandenburg 1, p. 152-153). I have found this priviledge in the Berlin archive:

We can read there:

What the Tolkiens' duty was? A schulz (like three known Michels Tolkiens, a Christian Tolkien and a Friederich Tolkien) had to make sure that rents were paid in good time, that farmers did the field work and the forest was not destroyed by felling. The village administrator also had to watch over farmers' morals. He should make sure they go to church. He took care of morality by prohibiting them from swearing and stopping them from vices and debauchery. The village administrator was also to prepare selected people from the village to fight in the case of war. So he played an important military function (in the following centuries the Tolkiens would stand out as brave Prussian, Danzig/Gdańsk, and English soldiers).

The earliest known schulz Tolkien was Michel Tolkien known from a document from 1623 as Michael Tolckheim [Ostpr. Fol. 2136 (Amt Brandenburg 1623)]. The same form Tolckheim depicts in this document a village known later as Tollkeim (it was probably originally Old Prussian *Talk-kāims, 'a village of a tolk/Tolk or interpreter'.


After many years of my research I can say that the Tolkien family name belongs to German geographical names which are derived from the name of a city or village, or the location of someone's home. A primus gentis of the Tolkien family must have come from the village Tolkeim.

My map shows two attested villages which were called Tolkeim (before the 2WW they were called Tollkeim and Dollkeim). There are two more which can be called Tolkeim by deduction: they are two villages with the German name Tolksdorf. Because their founders (a noble Prussian family Tolck von Markelingerode from Harz in Germany) were sometimes called in the mediaeval times Tolkin, Tolkyn, Tolkynen, Tolkeimer we can assume that their goods were called *Tolkeim in Old Prussian and even *Tołkiny in Old Polish (Tolksdorf near Rastenburg was colonized by the migrants from Polish Mazovia in the 15th c.). If so, the peasants coming from these villages might also be called Tolkien, like the migrants from two Tolkeims mentioned above.

What is interesting, the most northern Tolkeim place name, the Dollkeim in Sambia is connected with two archeological facts. One of them is the archeological culture Dollkeim-Kovrovo, the traces of ancient Æsti, who were a Baltic tribe known not only from the Roman historians, but also from King Alfred's writings and from Widsith. Native Prussians were descendants of the Æsti. Another archeological fact is a place known as Kaup among the Vikings (few kilometers from Dollkeim). You can read about its importance here.

My map can be seen in full here: 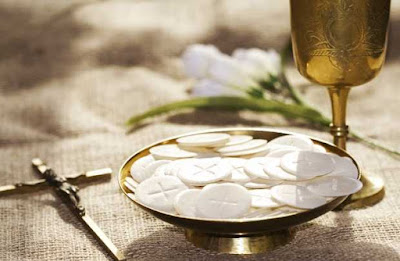 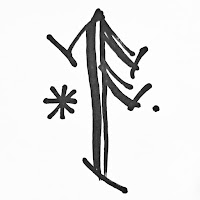