The Tolkiens came to England from... Gdańsk!

First published in Polish on Elendilion (source). I would like to remind you these important #TolkienAncestry texts: 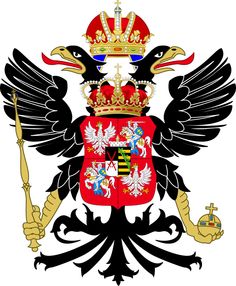 Thanks to years of genealogical research we made a great discoveries under the general tag #TolkienAncestry! The Tolkiens came to London in England from ... Gdansk, the main city of Polish (Royal) Prussia before its surroundings became part of the Kingdom of Prussia in the era of the first partition of Poland in 1772. Two relatives of J.R.R. Tolkien who were born in Gdansk were Daniel Gottlieb Tolkien (1747 Gdańsk – 1813 London) and his brother, John Benjamin Tolkien (1753–1819), who was great-great-grandfather of our Professor (John Benjamin was perhaps born in Gdansk too). Father of Daniel and John was Christian Tolkien and their mother was Euphrisina. We still don't know if they stayed in Gdansk or emmigrated to England with their children. Dan Gotleip (how Daniel Gottlieb Tolkien was called in England) married Ann Austen on 7 April, 1782 (Ann Austen who was the witness at the wedding of his brother John Benjamin) in the church of St Sepulchre in London's Holborn (the first Anglican church of the Tolkien family in England). He was co-owner of a company producing clocks, which was called Gravell & Tolkien. The first British Tolkiens from this line were Lutherans – but Dan became Wesleyan and John Anglican in the other part of their lifes. John Benjamin's parish church was St Sepulchre, which you can still visit during the trips to London.
You can compare this information with the legend of the Tolkien family which is described in the Tolkien's biography by H. Carpenter:


Opinion differed among the Tolkiens as to why and when their ancestors had come to England. The more prosaic said it was in 1756 to escape the Prussian invasion of Saxony, where they had lands.

Everything fits! It was only altered a litte over the generations. Daniel and Johann (John) were born in Polish Prussia at the time of the personal union of Poland and Saxony (from 1697 to 1763, with a break in years 1706-1709) during the reign of Augustus III. Perhaps they fled to England from Gdansk in 1756. Prussian invasion is the partition of Poland in 1772 when Prussia took Royal Prussia (but without Gdansk and Torun).

This fits well to the digression in Tolkien's essay "English and Welsh" in The Monsters and the Critics:

I am not a German, though my surname is German (anglicized like Cerdic) – my other names are Hebrew, Norse, Greek, and French. I have inherited with my surname nothing that originally belonged to it in language or culture, and after 200 years the 'blood' of Saxony and Poland is probably a negligible physical ingredient.