Tolki(e)n as a name of the Slavic origin 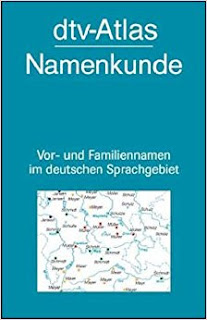 I have written many times about the Baltic (Old Prussian) origin of the Tolkien family name (see: "The Earliest Tolkiens ever", "Tolkien to nie tollkühn", "Tolkien becomes Tollkuehn", "Reinhold Trautmann about Old Prussian -in", "The suffix -ien", and "Another proof (...)").


Today I have found another interpretation – the Slavic one. I think that the Tolkien family name comes from the Old Prussian (Baltic) and Low Prussian (German dialect) and means something like "a descendant of Tolk" or "small Tolk", but the Slavic etymology is very interesting too.

According to the dtv-Atlas: Namenkunde (1998) the German family names with the ending -in/-ien come from the Slavic territories east of the river Łaba (German Elbe): Meklemburg and eastern part of Schleswig-Holstein, Brandenburg and Lusatia. According to the Namenkunde such family names usually are derived from the Slavic place names with the possessive suffix -in (like Polish Będzin, Polabian Berlin/Bralin etc.). The Atlas provides us with the examples of such German family names (p. 93):

The Tolkien family name fits here very well. It could mean '(a village) of Tolk' and it really occurs in such a role in the 15th century, Tolkyn (= Tolkien in the pre-Luther spelling) being an alternative name of the village Tolksdorf (today Tołkiny) in East Prussia (today in the Polish Mazuria). If so it could be a typical German family name coming from a place-name. Eg. Peter Tolkyn (see "Tolkien - a noble family in Prussia"), a noble from the 15th century, is 'Peter from Tolkyn (vel Tolksdorf)'. The original family name of his ancestors was Merklingerode (which is also on the map from the Atlas: place- and family-names with -i(n)gerode come from the Harz region near the town of Wernigerode; the Tolkien-Merklingerode came to East Prussia from near Werningerode in the 14th century!). 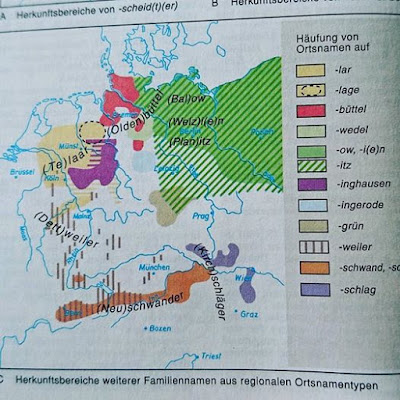 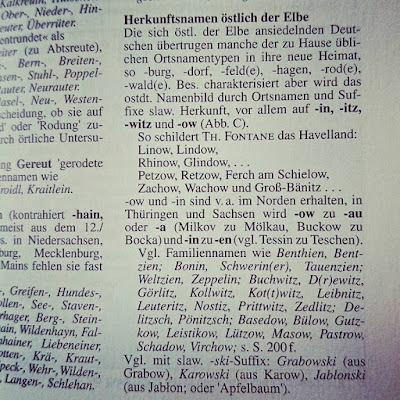 As many moders German linguists I can say the same: that this name does not come from late German adjective tollkühn 'foolhardy' but rather from Slavic or Baltic forms and is connected with a place name in East Prussia (today in Poland).
Autor: galadhorn o 07:01