Obituary in The Times last Monday of Roger Highfield, fellow of Merton and contemporary of J. R. R. Tolkien. Interesting in that it has a couple of not entirely positive anecdotes about J.R.R.T. 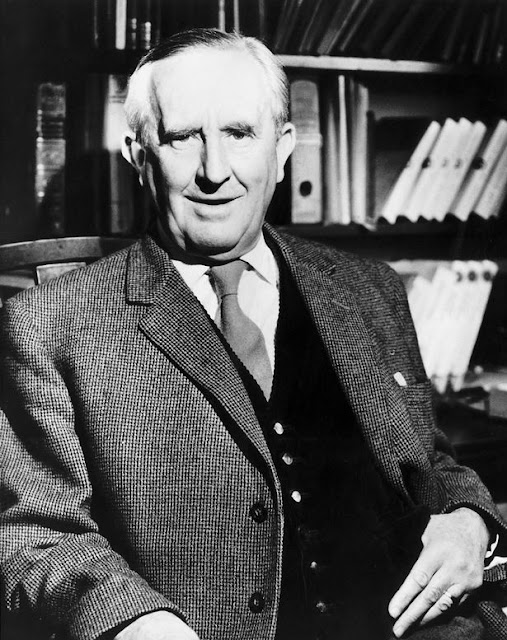 "One of the secrets of his [Highfield's] longevity may have been his powers of discretion. At one stage he had rooms above JRR Tolkien, one of the college’s most illustrious fellows, and he knew him well, not least as a squash partner.

However, when approached by a television producer to discuss his memories of the author of The Lord of the Rings, Highfield played down his connection and suggested that they speak to Bruce Mitchell at St Edmund Hall, who had been taught by Tolkien. After the producer went away happy, Highfield was heard to mutter that Mitchell was a rare bird indeed, because Tolkien was “very lazy and supervised few”. His deflection also avoided him having to admit that all he could say of Tolkien was that he was “the worst sub-warden ever”, and that Tolkien-mania left him “baffled”."

"At his funeral at Merton chapel, old dons remembered his favourite anecdote about the time that Tolkien offered to bequeath to the college his original (and therefore highly valuable) manuscript of The Hobbit. Champagne was ordered to mark the occasion, and Tolkien duly handed the thing over to Highfield to the sound of popping corks. When Highfield untied the string and opened the brown paper he found that the great man had wrapped a work in progress up by mistake. He duly asked for it back. “Waste of good champagne,” Highfield was heard to mutter as the party gloomily disbanded."