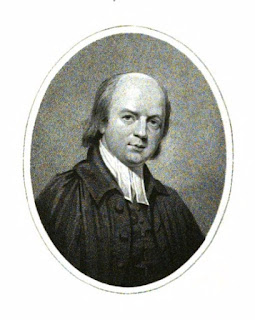 Yé, utúvienyes! Reverend Joel Abraham Knight (1754-1807) was probably John Benjamin Tolkien's and Mary Tolkien's née Wall friend. He – as the Tolkien couple – was first a member of Countess of Huntingdon Connexion. Knight was ordained at Spa Fields Chapel, London, on 9 March 1783, where he was also appointed a master of the charity school and an assistant preacher. After the break between Lady Huntingdon and John Wesley he dismissed from that connexion and from Spa Fields Chapel and in 1788 became a minister in the Pentonville Chapel. In 1789 he became a pastor of the Tabernacle and Tottenham Court chapels. In 1795 he was also a co-founder of the London Missionary Society (which was supported by both John Benjamin and his brother Daniel Gottlieb Tolkien). His sermons, some of which were published in London in 1788-9, were always richly imbued with the distinguishing doctrines of evangelical Christianity, but they especially taught that "the cordial reception of the doctrine of salvation by grace must necessarily produce obedience to the law of God". In speech he was invariably chaste, and in manner affectionate and pathetic. 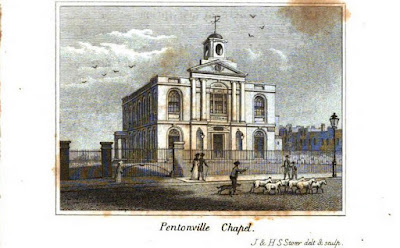 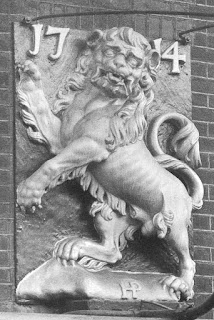 I suppose similar was the fate of John Benjamin Tolkien's family. John Benjamin first attended Spa Fields Chapel (where his first wife was buried) but later he moved to White Lion Street (where three generations of the Tolkiens lived under the No. 77; maybe they moved to be closer to Knight). In spite he had to register the baptisms and and his marriges in the official Lutheran or Anglican churches, he was a member of the semi-dissenter Pentonville St James's Chapel parish (the chapel is near his house at 77 White Lion St) where Rev. Knight ministered and then the minister was Rev. Foster. And as we know John Benjamin Tolkien and his wife were buried at Bunhill Fields, at the Non-Conformist burial place.

White Lion Street is named after the former White Lion inn on Islington High Street. Development of the street began with the lease in 1778, for 99 years. In 1779 the first nine houses were being built. Their frontage was not fully built until 1780–3, after the investor had become bankrupt. Most of the rest of the numerous house plots on the street were built on in the 1780s, the 'row' becoming a 'street' in 1789. Small groups on the north side were completed in the early 1790s. 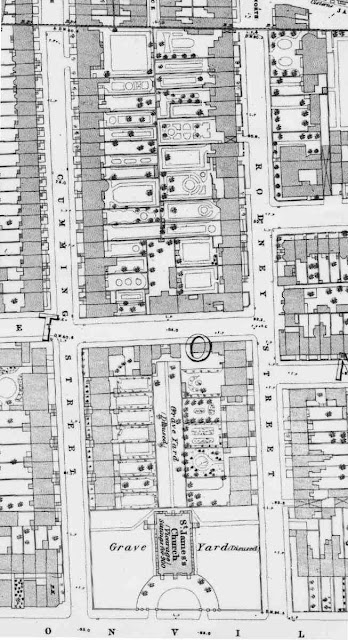 White Lion Street had a flat if not quite uniform appearance, with plain three-storey brick houses of eight rooms, generally with 16–17ft fronts and built with basement areas. No. 72 is now the only representative left. Unusually, Nos 13–29 had front gardens, while Nos 24–29 were built with first-floor blind arcading. Around 1800 White Lion Street retained some gentility, with John Hugh Griffith of the Bank of England in a big house on the south-west corner with Baron Street, William Till running an academy for young gentlemen at No. 57, and other residents described simply as gentlemen. John Coote, an eminent bookseller and publisher, lived here up to his death in 1808, and around 1820 B. R. Baker sold prints from No. 77. By this time Benjamin Harman, a mathematical-instrument maker, was at No. 88 and there were shops on both sides of the road, a butcher's shop doubling around this time as a Methodist Sunday school. In the 1840s Lady Anne Hamilton, a former lady-in-waiting to Princess Caroline, spent her last years in the street. The name of Pentonville has fallen resoundingly and, it would seem, irretrievably from favour. Pentonville was perhaps the first new town or suburb in England to have the French suffix that became so widespread in the nineteenth century, especially in North America—though not in London (and which is also known from Sackville in The Lord of the Rings) (see Survey of London).