I do not know if J. R. R. Tolkien ever visited the London graves of his great-great-grandparents (John Benjamin and Mary Tolkien, Bunhill Fields Burial Grounds) or of his great-grandfather (George Tolkien, cemetery by St George the Martyr) or if he knew about his ancestors, clock- and watchmakers from Clerkenwell and Pentonville (see here). But I know about his numerous visits to London (thanks to the work of Ch. Scull and W. Hammond), and about his story of a boy Carrots which though shortly mentioned in Carpenter tells quite a lot:

"These stories had begun during the Leeds years. John, the eldest son, often found difficulty in getting to sleep. When he was lying awake his father would come and sit on his bed and tell him a tale of ‘Carrots’, a boy with red hair who climbed into a cuckoo clock and went off on a series of strange adventures." (H. Carpenter, J.R.R. Tolkien. A Biography)

I suppose Tolkien could know more about his ancestors than it is described in the biographical books. One of things which stroke me recently when I discovered the Pentonville address of John Benjamin Tolkien and George Tolkien (see here), this 77 White Lion Street, was the name Pentonville and its similarity to Sackville from J. R. R. Tolkien's The Hobbit and The Lord of the Rings. The Survey of London: Volume 47, Northern Clerkenwell and Pentonville, originally published by London County Council, London, 2008 informs that:


The name of Pentonville has fallen resoundingly and, it would seem, irretrievably from favour. Pentonville was perhaps the first new town or suburb in England to have the French suffix that became so widespread in the nineteenth century, especially in North America—though not in London.

Tolkien used the suffix -ville to create the place-name and the family name which was to sound aristocrately. The Tolkien Gateway collected all information about it:


Sackville was the name of a relatively young Hobbit family. Their name had an association with Baggins in that both contained an element for "bag/sack"; Sackville was a slightly more aristocratic version. Tom Shippey argued that this "similarity" also provoked an antonymy: Bag End was used around England as a replacement of French cul-de-sac, "dead end street" - even Tolkien's own aunt Jane Neave lived in a house of that name. Tolkien did not like the Norman conquest of Britain, and made the Bagginses English. The name Sackville, however, is very Norman, as one of the few, if not the only, Hobbit family name.

In my opinion it was not to be "Norman" but rather "Georgian"! Sackville-Bagginses look like reminiscence of the Tolkiens from Pentonville, and the Shire described in J. R. R. Tolkien's books is like England in the times of the Danzig-born John Benjamin Tolkien (1752–1819) with its fashion, clocks and furniture. See this famous picture: 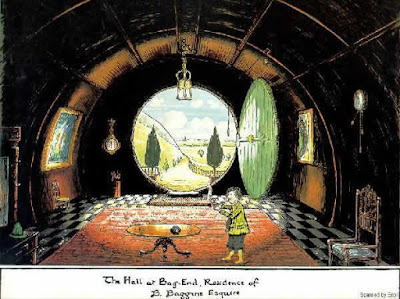 I have discovered that the real Bagginses lived in the same parish as J. R. R. Tolkien's ancestors – see here. See William Baggins from St James, Clerkenwell who died in 1618: 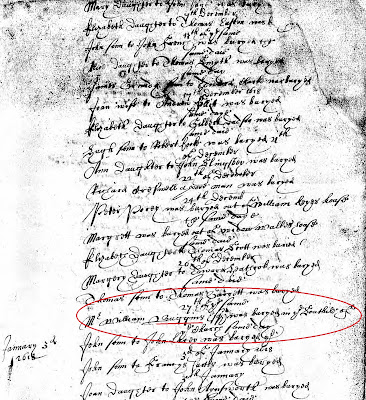