The Tolkiens in London belonged to two Livery Companies. Members of Daniel Gottlieb Tolkien's (1746–1813) family belonged to the Worshipful Company of Lethersellers and members of John Benjamin Tolkien's (1752–1819) belonged to the Worshipful Company of Loriners (this part of the family were ancestors of J.R.R. Tolkien). The organisation was originally a trade association for makers of metal parts for bridles, harnesses, spurs and other horse apparel; hence the company's name, which comes from the Latin word lorum through the French word lormier (Wikipedia).

Two Tolkiens from J.R.R. Tolkien's branch belonged to loriners. On the 9th day of February 1813 and in the fifty third year of the reign of George the Third of the United Kingdom of Great Britain and Ireland King John Benjamin Tolkien (1788), son of John Benjamin Tolkien (born in Gdańsk in 1752) was admited into the freedom of this City by redemption ("as the Third of Four") in the Company of Loriners paying the sum of 46 shillings and 8 pence. As a free of the City he was soon called "Gentleman" and "Esquire".

Next member of the Worshipful Company of Loriners was Henry Tolkien (1814–1885), a music publisher and a freemason, see here). Let us see his documents connected with the loriners: 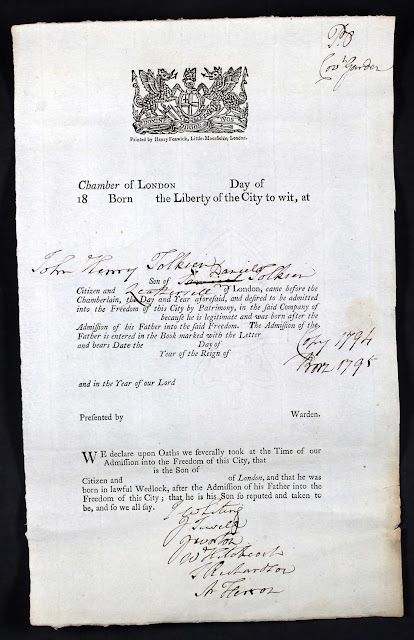 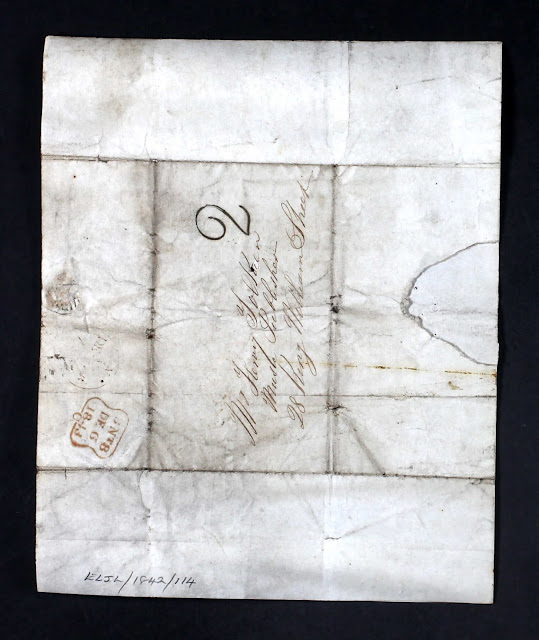 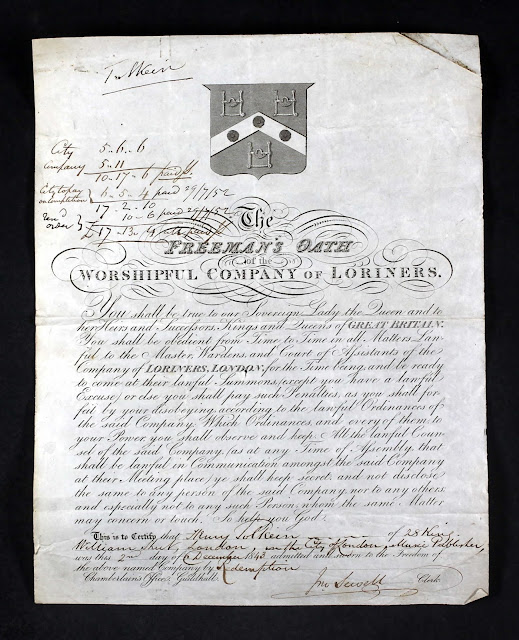 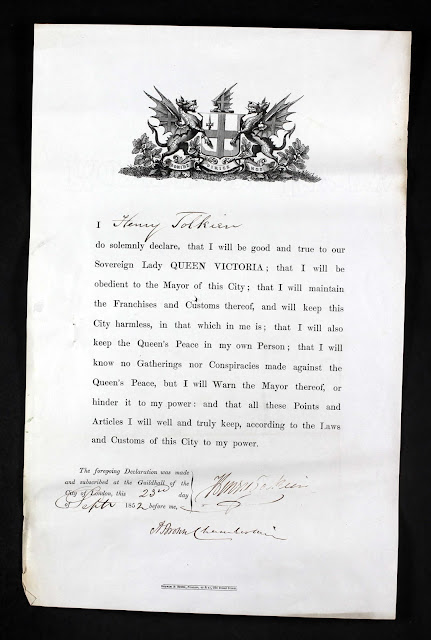