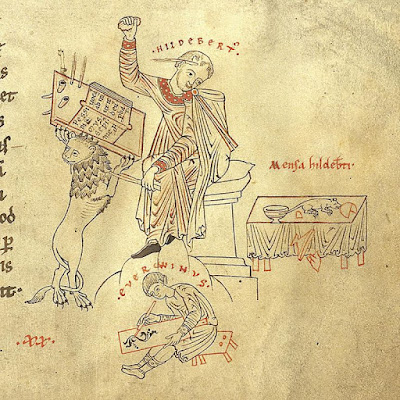 Arcastar (pron. [arˈkastar]) is the Quenya rendition of the surname Tolkien. J.R.R. Tolkien signed as Arcastar Mondósaresse 'Tolkien in Oxford' in a 1968 letter to the producer of the BBC documentary (see Tolkien Gateway). Most Tolkien scholars suppose that arcastar is simply a Quenya translation of the German adjective tollkühn 'foolhardy, reckless, desperately brave, rushbold'.


In my project #TolkienAncestry I claim that the Tolkien family name comes from the Prussian dialect of German and that it means 'descentant of Tolk', tolk being the Prussian term meaning 'translator, interpreter'.

Latin translator means 'one who transfers or interprets, one who carries over,' and it is the agent noun from transferre. English interpreter means 'one who translates spoken languages; a translator of written texts,' and ultimately it is derived from Latin interpres 'agent, translator,' from inter 'between' + second element probably from PIE *per- 'to traffic in, sell.'

Note: My another theory is that Arcastar is an agent noun of hypothetic verb *arcasta- 'to show head out' (AR- + KAS-) and this could be metaphoric rendering of the German tollkühn.
Autor: galadhorn o 17:35