Michael Tolkien from Kreuzburg
becomes a citizen of Gdańsk (1742)

A new document was found today! It is important because it is the confirmation that the Tolkiens came to Gdańsk in Polish Prussia from Royal Prussia (later East Prussia)! Thanks to prof. Szarszewski who sent me the photos of the Citizen Books from Gdańsk (APG 300,60/6, 7, 8) a minute ago I found a document which showed the moment when Michael Tolkien (1708-1795) from Kreuzburg became a craftsman citizen of Gdańsk on 19 January 1742. He had to pay a fee of 400,- florens. Soon after becoming a citizen he got married with Euphrosina Matthiessen. See his life reconstructed by me here. 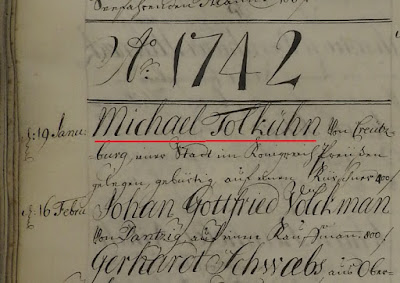 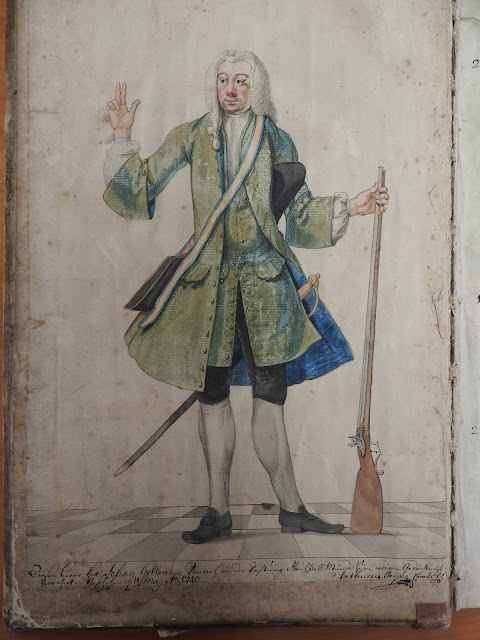