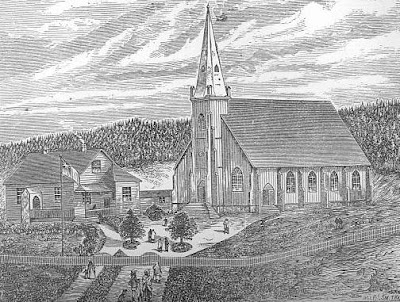 Recently I have written about James Tolkien, a very interesting member of the Tolkien family, family which in 1770 emigrated from Danzig (Gdańsk), Poland via Amsterdam to London. Today something substantial about his older brother Charles who was one of the first Methodists in Canada. Charles Tolkien, son of a London furrier Daniel [Gottlieb] Tolkien was born on 11 September 1789 and was baptized at Saint Paul Anglican Church, Covent Garden,Westminster. His parents lived in 1780s at 27 New Street, Covent Garden. Charles's confirmation was in 1804 at Wesley Chapel in London and in 1812 Charles was sent for the Methodist mission to Canada. Let us see his obituary from The Methodist Magazine for the year 1833, p. 591 (see here; about Daniel Gottlieb Tolkien's obituary from 1813 read here):