In The Sporting Magazine (November 1831, vol IV, no. XIX, p. 57, see here) we can read about the meeting of the Royal Sailing Society. During the meeting the Secretary of the Society proposed to enrol the name of a Major Tolkien among the Honorary Members of this Institution. "He therefore proposed that Major Tolkien, Mayor of Teignmouth who had saved the crew of a French brig bound from Bordeaux to Dunkirk when in imminent danger of perishing should become an Honorary Member of the Society". See full text: 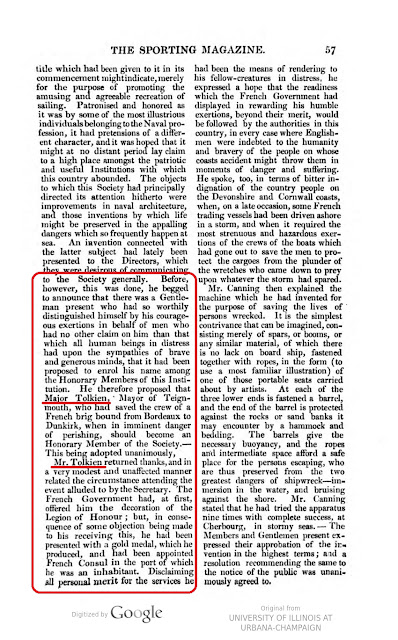