Letztegasse is 'Last Lane' and means something like cul-de-sack or bag-end! Finally I have localized the house of the Gdańsk Tolkiens, of Christian Tolkien (bombardier in the Gdańsk artillery and the feuerwerker) and his wife Anna Euphrosina, née Bergholz!

Yesterday I have made my discovery of the year 2018! In the National Archive in Gdańsk I have found big document being the description of the life of Christian Tolkien (1706, Kreuzburg, Prussia – 1791, Danzig/Gdańsk, Poland). In this records (from 1745 and 1788) we have the following facts:
Letztegasse (a kind of "Bag End") is the address where John Benjamin Tolkien (1752, Danzig/Gdańsk, Poland – 1819, London) was born! You know that for many months I have tried to guess where their house was placed. Now I know!

It was Letztegasse No. 28 (ul. Poślednia nr 28) very close to the City Wall (this ground belonged to the Hospital of St Gertrude). At the moment let us see this picture from R. Curicke book on Danzig from the end of the 17th century with these houses:

1) First let us see the record on Christian Tolkien and his family from 1788 (more to be seen soon) from the Artillery records book APGd 300,91/1, p. 276 (I have underlined the fragment about the ground books from Petershagen where his house is described): 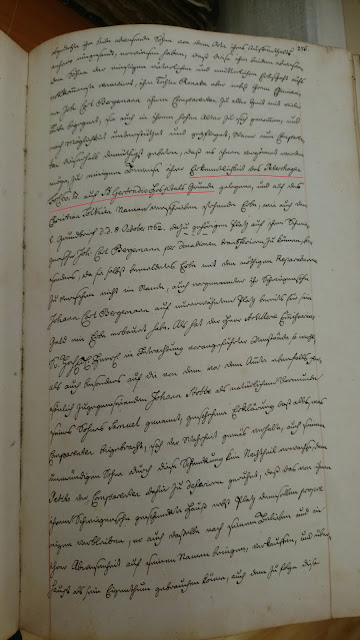 2) Then let us see the fragment of the ground book of Petershagen (APGd 300,32/46, p. 60). They will send me the photo with better resolution; at the moment I present my weak copy of this page with underlined the date 1788, the name of St Gertrude Hospital and with the number of the house from Buhse's plan of Gdańsk):

3) Let us see this house on Buhse's plan of Gdańsk: 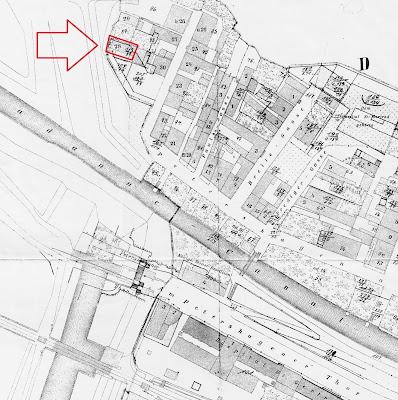 And another map from the beginning of the 19th century: 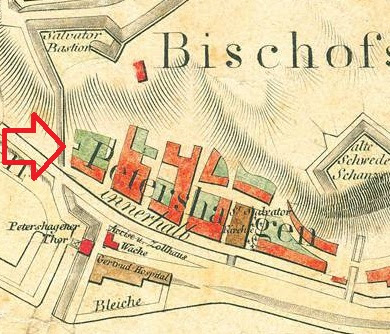 The house (and the street known in Polish as Poślednia) don't exist any more. But the house could be of this kind (from M. Deisch drawing of the Outer Petershagen from the time when Daniel and Benjamin were small boys in Danzig, Poland – years before their migration to London):