Tolkien as geboren according to C. S. Lewis

Recently I have received this interesting material from Eduardo Oliferr from Brasil (thanks, Eduardo!). This is a letter from C. S. Lewis to his brother (Kilns, September 1939) from The Complete Letters of C. S. Lewis by Walter Hooper: 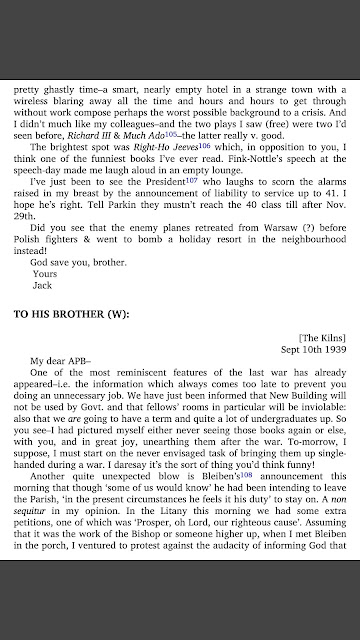 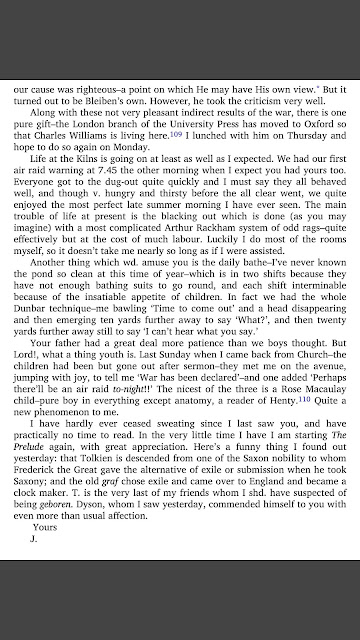 Here's a funny thing I found out yesterday: that Tolkien is descended from one of the Saxon nobility to whom Frederick the Great gave the alternative of exile or submission when he took Saxony; and the old graf chose exile and came over to England and became a clock maker. T.[olkien] is very last of my friends whom I shd. have suspected of being geboren [from German geboren 'born', here: 'noble-born']

This information probably came to Lewis from Tolkien himself. And according to my proved research is only partially true:

(1) Tolkien was descended from a Prussian family which lost its nobility in the 16th century. The noble Tolks/Tolkiens came to Prussia from mediaeval Saxony (Markelingerode near Wernigerode; Tolkiens were von Markelingerode originally) in the 13th/14th centuries.

(3) in 1772, during the First Partition of Poland, Gdańsk was surrounded by the Prussian forces. And in this time Johann Benjamin Tolkien (1752–1819), J. R. R. Tolkien's great-great-grandfather emigrated to London and became there a clock maker.