On 13 February 1915 Mary Jane Tolkien, grandmother of the author, 81, died. She was baptised on the 8th of october 1833, being a daughter of John Sutcliffe Stowe, a commision agent from Grosvenor Place, Birmingham, of paedobaptist or independent denomination.

On 16 February 1856, aged 22, she married John Benjamin Tolkien, 48, in the parish church of All Saints in Birmingham. According to Ryszard Derdziński, it was his third marriage, his first (Emma Baker, m. 1832) and second (Jane Holmwood, 1806–1854, m. 1835) wives died, and his second wife was survived by their two of three daughters and son. Between 1841 and 1847 he moved to Birmingham where he was a piano-maker and music-seller. He also composed music himself. John Benjamin was a supporter of the United Brethren community (Moravian Brothers) and a philanthropist.

Even more than the quarter of the century after their wedding John Benjamin was still writing verses "to my beloved wife Mary Jane". He was the author of many poems written for his domestic circle, including verses on the birth of their first son Arthur Reuel and of their grandson Ronald.

On 4 January 1892 Arthur wrote to Mary Jane, "My dear Mother, I have good news for you this week. Mabel gave me a beautiful little son last night (3 January). (…) In general effect immensely like a very fair edition of its Aunt Mabel Mitton."

"My dear Mr. and Mrs. Tolkien, I expect you all thinking very badly of me that I never write to any of you, or even answer your kind letters to me? I was very VERY pleased with the two lovely little pinafores, – so daintly made!’ Nevertheless, she continued, ‘The next door pet monkeys had been over & “eaten” 3 of Ronald’s pinafores & several other things into rags a few days before."

In 1895 grandmother saw her grandsons, Ronald and his younger brother Hilary, taken at last, brought by Mabel to England, at last. But in January 1896, sad news were received from Africa, the boys’ father, her eldest son, died. Months later her husband died too, ‘of sorrow’ as it was said. The converting of her daughter-in-law and grandsons into Catholicism wasn't the pleasure to Mary Jane, but she remained a participant in their lives.

"Ronald is making his First Communion this Christmas – so it is a very great feast indeed to us this year. I don't say this to vex you - only you say you like to know everything about them.’ ‘You said you like one of the boys' drawings better than anything bought with their money so they've done these for you. Ronald has really done his splendidly this year – he has just been having quite an exhibition in Father Francis' room – he has worked hard since he broke up on December 16th’

She complained of her disease, and praised Ronald's success in languages and his artistic taste, and was grateful to her for her financial assistance.

‘I found a postal order for 2/6 which you sent the boys some time ago – a year at least – which has been mislaid. They've been in town all afternoon spending this and a little bit more on things they wanted to give. – They've done all my Xmas shopping.’

2 shillings 6 pence mentioned consisted quite a bit of money in those era, you could buy 1.5 kg of bacon, or 2¼ kg of cheese, or 27 kg of potatoes for them.

Mary Jane Tolkien survived her husband by 16 years and a half, and was buried in the same tomb. Their tombstone also has their first son Arthur’s name, despite he has been actually buried in South Africa. The tombstone inscription under her name was the first line from a famous hymn (particularly played by the musicians sinking with ‘Titanic’) ‘Nearer My God to Thee’. 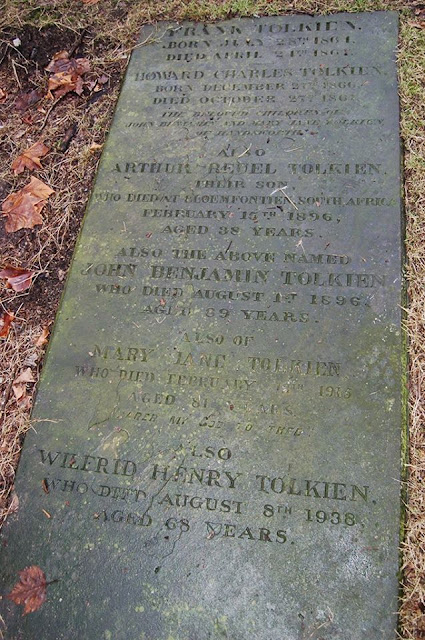 The photo of the grave is taken from the site geni.com,
the marriage record from here
http://tolkniety.blogspot.com/2018/01/john-benjamin-tolkien-18071896.html. 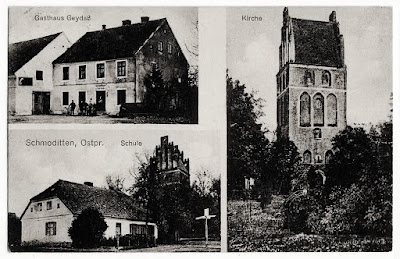 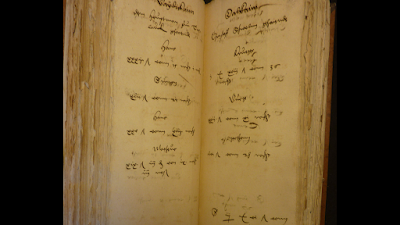 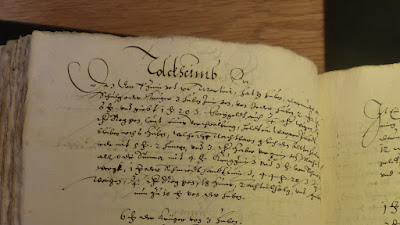 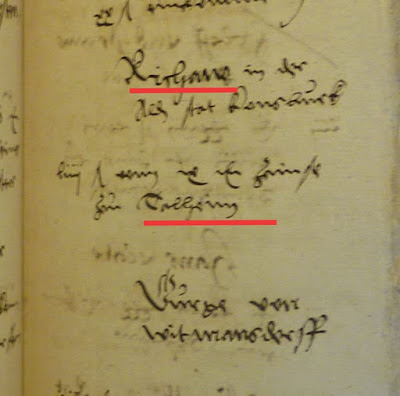 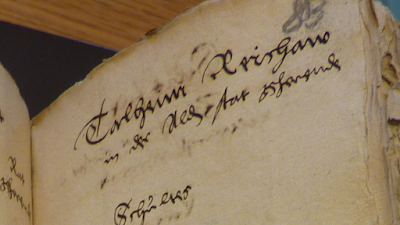 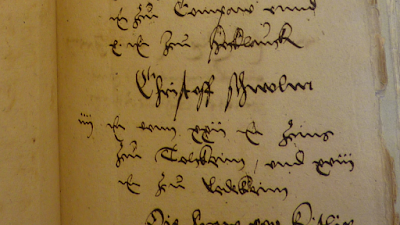 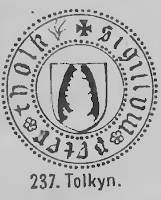 I have had some guesses concernng the Tolkien's words:

In this last story Prof. Alwin Arundel Loudham, B.N.C. ("chiefly interested in Anglo-Saxon, Icelandic and Comparative Philology", p. 159) provides us also with the Old English version of this sentence:

I have asked a specialist: Nelson Goering wrote to me:

It's basically Proto-Germanic (what Tolkien would have called Common Germanic or the like). It's really quite archaic. The final -e of lage and the -i of isti are Indo-European final vowels that have been lost in basically all Germanic dialects, even Early Runic (though the final -i's are in the process of being lost there). One odd thing is that he uses final -as where most people reconstruct *-az. So either Tolkien had opinions on this, or he was something so old that Verner's Law *-az had not yet become the universal form. So neither Old English, nor Ingvaeonic. In both of those varieties, for instance, the final -as's would have been entirely lost. In Ingvaeonic, I might go with something like *west lag weg reht, nu ist sa wraiþ, and in Mercian Old English this would be west læġ weġ reht, nu is se wrāþ (keeping the word order the same). 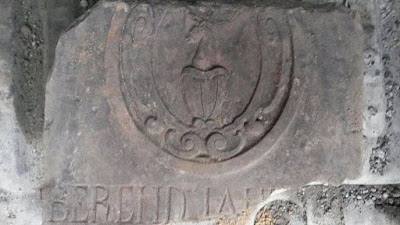 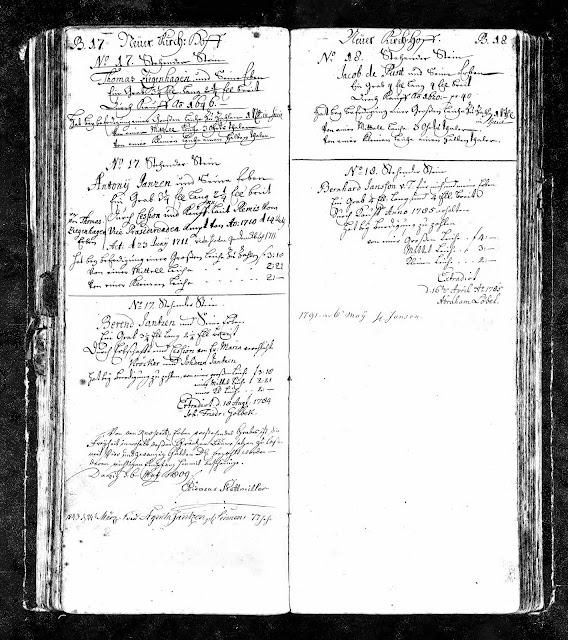 
Of course there is always Reuel. This was (I believe) the surname of a friend of my grandfather. The family believed it to be French (which is formally possible); but if so it is an odd chance that it appears twice in the O[ld] T[estament] as an unexplained other name for Jethro Moses' father-in-law. All my children, and my children's children, and their children, have the name.

As you remember from my previous posts, J. R. R. Tolkien's grandfather was born in Pentonville, London and his Evangelical chapel during his childhood was Pentonville Chapel (read more about the Tolkiens from Pentonville who were the Pentonville-Tolkiens like the Sackville-Bagginses here and here). His father George lived there (77 White Lion Street, Pentonville) up to circa 1822 and then he moved with his wife and his children to 4 High Street, Islington. But still their chapel was Pentonville Chapel. It is described in The Evangelical Register from 1838 (see here): 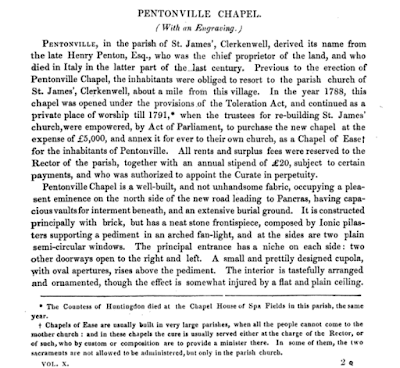 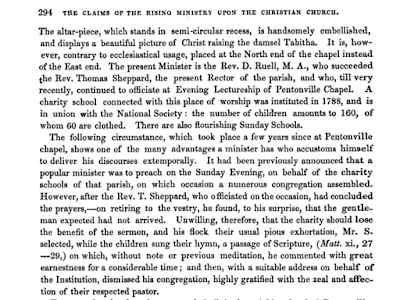 The Pentonville Chapel was an Evangelical place of worship of the first Tolkiens from J. R. R. Tolkien's line. The Professor's great-great-grandfather, Johannes (John) Benjamin Tolkien (born in Danzig/Gdańsk in 1752) attended to the services there (he can be found on the lists of the members of that community) and this place was connected with early Calvinistic Methodist movement of Lady of Huntingdon Connexion (read about it here). This movement is mentioned above in the footnote.

As you can see,

Rev. David Ruell is in my opinion this whose surname became the second name of Arthur Reuel Tolkien and of all his descendants! The Professor's grandfather gave surnames of his most favourite pastors to the children in his second family (read about it here). For instance the Professor's uncle, who paid for his education after Mabel's death, Lawrence George Hammond Tolkien (1873-1939) had his third name Hammond probably after Rev. John Hammond from the Congregational Union Chapel in Handsworth:

"In Handsworth is a large Independent Chapel, which is called the Union Chapel, and was erected in 1788, but was improved and enlarged in 1818 and 1850. The Rev John Hammond is its minister, and attached to it is a burial ground."

In my opinion it is more than probable that Reuel in the Tolkien family comes from the first pastor of George Tolkien and his son, John Benjamin Tolkien. Ruell in English is the same as Reuel; see here:

His last address was Gainford Place, White Conduit Fields, Islington. And he was buried in Pentonville Chapel. I am in the possession of his last will, where he wrote that his body shall be "interred in the vault under Pentonville Chapel in which place of worship I have laboured as Minister during the last thirty five years". His goods were inherited by his sister, a widow Mary Fairbairn (a Hobbit surname!). The same Rev. David Ruell of Pentonville subscribed a guinea towards a book called A Brief Account of the Rise, Progress and Present State of the Most Honorable and Loyal Society of Ancient Britons (a fundraiser) in 1825, along with a whole load of other London Welshmen. According to another book of 1848, Rev. David Ruell was Chaplain of the New Prison, Clerkenwell. The Rev. David Ruell, M.A. also appears in notices of marriages, officiating at St. James's, Clerkenwell.

On Google Books you will find many sermons and texts by him and on him. At the moment I am looking for the picture of Rev. Daniel Ruell, the pastor of the London Tolkiens.
Autor: galadhorn o 00:59 3 komentarze:

The Tolkiens, Congregationalism and Númenóreans

From my previous research I know that the Tolkien family in Birmingham were Pedobaptists (they baptized children) from the Congregational chapels called Ebenezer Chapel (at Steelhouse Lane; it was a worship place of the Stowe family, J. B. Tolkien's third wife, Mary Jane Stowe was baptized there in 1833) and Union Chapel (five minutes walk from John Benjamin Tolkien's house in Handsworth). This denomination evolved from the Proto-Methodist Connexion of Lady Huntingdon to which John Benjamin Tolkien I (J. R. R. Tolkien's great-great-grandfather) belonged after he left Gdańsk (Danzig) and arrived in London in c. 1770.

Some John Benjamin Tolkien's children with Mary Jane Stowe had second names being the same as the family names of the Congregational ministers (see here):

The last uncle of J. R. R. Tolkien was very important for his education. Lawrance Tolkien (a resident secretary to the Colonial Mutual Life Assurance Society living in Moseley) was regularly paying for young Tolkien's school.

So the original Christian denomination of the paternal family of J. R. R. Tolkien's father, Arthur Reuel Tolkien is already known. Professor Tolkien called it "Baptist" but it was in fact a part of the 'Baptist' tradition which was connected with Congregational chapels in and near Birmingham. 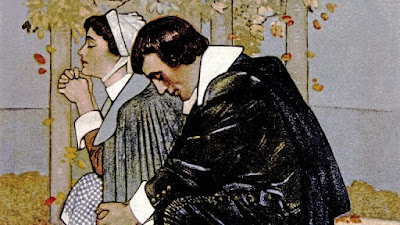 «The Númenóreans of Gondor were proud, peculiar, and archaic, and I think are best pictured in (say) Egyptian terms. In many ways they resembled 'Egyptians' – the love of, and power to construct, the gigantic and massive. And in their great interest in ancestry and in tombs. (But not of course in 'theology' : in which respect they were Hebraic and even more puritan – but this would take long to set out: to explain indeed why there is practically no overt 'religion', or rather religious acts or places or ceremonies among the 'good' or anti-Sauron peoples in The Lord of the Rings.)»